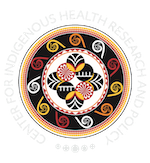 Evan White is a member of the Absentee Shawnee Tribe of Oklahoma and also descended from the remaining federally recognized bands of Shawnees as well, the Eastern Shawnee Tribe and Shawnee Tribe. He received his Ph.D. in Clinical Psychology with an emphasis in Quantitative Methods at Oklahoma State University in Stillwater, OK and completed his predoctoral clinical internship at the Charleston Consortium in Charleston, SC.

His research focuses on utilizing tools of psychophysiology and neuroscience to understand the neural underpinnings of risk and resilience factors for psychopathology. Dr. White is currently seeking to delineate the neural correlates of the protective role of cultural engagement against poor mental health outcomes among American Indian populations.